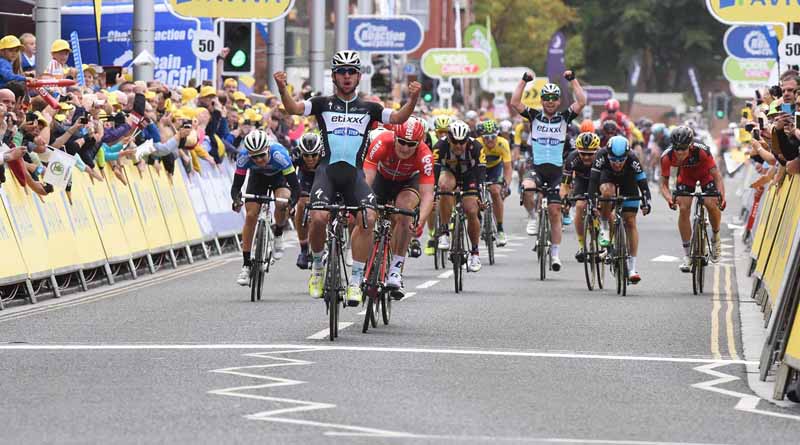 Excitement is building for the Bloor Homes Cheltenham Festival of Cycling as today marks just 30 days until OVO Tour of Britain arrives for their penultimate finish in Cheltenham.

Across the county, Gloucestershire will see 20 teams of elite cyclists riding their way through the Cotswolds and Tewkesbury finishing in Cheltenham. It was announced this week that all of the top five teams in the current UCI WorldTour rankings – Quick-Step Floors; Team Sky; BMC Racing; Movistar Team and Orica Scott – will be at the OVO Energy Tour of Britain.

Tracey Crews, project sponsor of Bloor Homes Cheltenham Festival of Cycling said: “The all-star line-up of riders that was announced reinforces what a truly spectacular event this will be in Cheltenham. We are extremely proud Cheltenham will welcome the riders at the penultimate stage finish and we are excited that it is only 30 days until our festival of cycling begins. The live TV coverage on the day will be a great opportunity to showcase what Cheltenham has to offer. Residents and visitors will be delighted to see recognisable faces from cycling racing on Gloucestershire roads, inspiring the next generation of cyclists.”

Mark Powell from Bloor Homes continued: “With avid cycling enthusiasts within our company, we are thrilled to see the announcement of the teams participating in Stage 7 of the OVO Energy Tour of Britain, hosted by The Bloor Homes Cheltenham Festival of Cycling in a month’s time. It’s great to see that Mark Cavendish and Geraint Thomas, alongside local Bike Channel Canyon rider James Lowsley-Williams, are due to compete this year and we’re looking forward to supporting all the riders on what is surely to be a fantastic and inspiring day for all.”

Sally Graff, tourism manager for Cotswolds Tourism said: “Towns and villages all along the OVO Tour of Britain route – from Charlbury  to Cheltenham – are finalising preparations to welcome the riders on Saturday 9 September.  The race will link up with key events already happening over that weekend, including Heritage Open days, ‘Ride and Stride’ to several churches, and the annual beer festival at Moreton-in-Marsh.  Stow-on-the Wold is the highest town on the route and will offer spectators an excellent chance to spot the famous riders as they climb up the hill.  Additionally, the local businesses and Stow Town Council will be welcoming up to 60 vintage cyclists assembling in the town square before they ride down to Bourton-on-the-Water.  Meanwhile, Winchcombe is setting up a cycling fan zone with plenty of activities for all the family before and after the Tour comes through the town.”

Cheltenham this week will see the first of many zingy lime green bikes being installed around Cheltenham for the bike trail. Also over the next few weeks residents and visitors will see several bike art sculptures being installed courtesy of Cheltenham Open Studios artist Niki Whitfield and her team. Details on how businesses can become involved with the excitement of the Bloor Homes Cheltenham Festival of Cycling can be found at cheltenhamcyclingfestival.org.uk/community-and-businesses

The Bloor Homes Cheltenham Festival of Cycling  is organised by Cheltenham Borough Council. Stage seven of the OVO Energy Tour of Britain is just one of the events taking place in a much wider celebration of cycling, which will see the town centre transformed with a festival vibe once more. With a focus on getting and staying active, residents and visitors alike can enjoy an active Kid’s Zone at Pittville Park, a demonstration zone, plus a cycling supplier zone where you can test out the latest bikes, enjoy exclusive on the day discounts and much more.

The full list of teams for the OVO Energy Tour of Britain is as follows:

The OVO Energy Tour of Britain is British Cycling’s premier road cycling event, giving cycling fans the opportunity to see the world’s best teams and riders competing on their door step, taking place between Sunday 3 and Sunday 10 September 2017.  Live coverage of the OVO Energy Tour of Britain will be shown on ITV4 and Eurosport in the UK, with both channels also screening daily highlights of the action.

For more information www.cotswolds.com/tourofbritain or telephone 01285 623050

30 days to go until OVO Tour of Britain arrives for Cheltenham Festival of Cycling
Tagged on: 2017