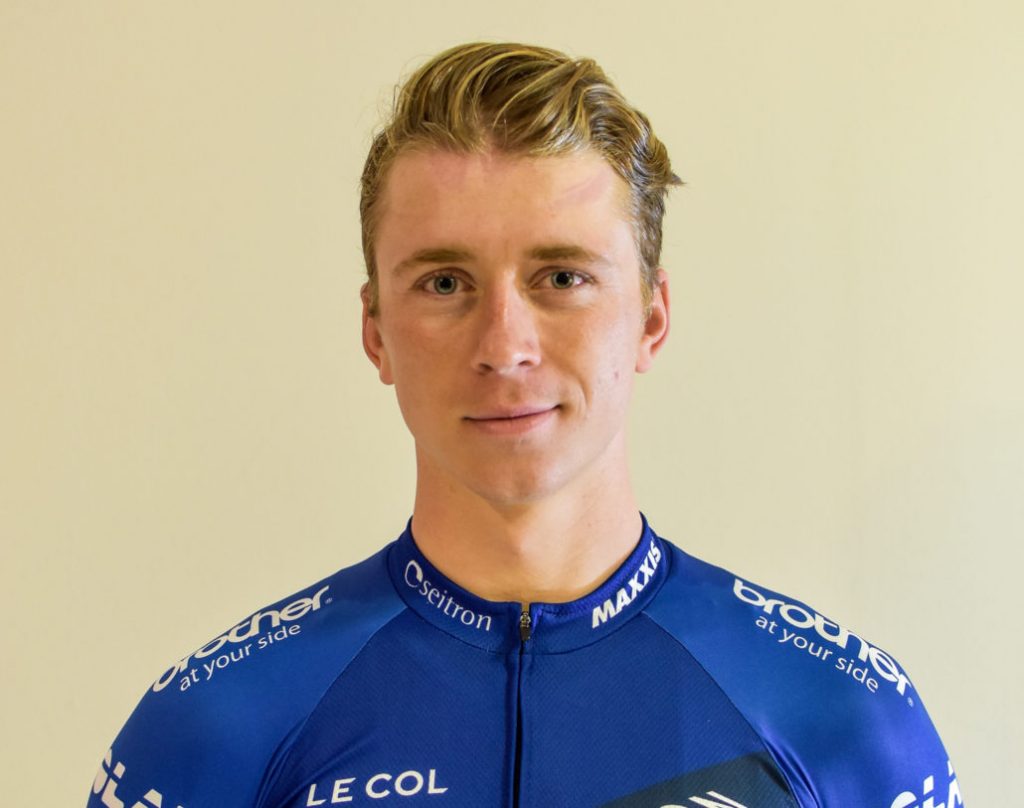 Sunday 3 September saw 120 cyclists kick off the first stage of the OVO Energy Tour of Britain. Local hero James Lowsley-Williams, riding for BIKE Channel Canyon, gave us his thoughts on Stage One which took the riders from Edinburgh to Kelso.

James said: “There was an aggressive start to the race with a lot of attacks that we were covering.

“Rob (Partridge) managed to get in the break, so for me and the rest of the BIKE Channel Canyon boys it was then a case of conserving energy for the finale.

“It was a tough day out with the wind, making the peloton pretty nervous.

“It was one of those days when you feel like your brake is rubbing or you have a soft tyre.

“The roads around Scotland are fairly undulating and grippy, creating a lot of rolling resistance.

“On the penultimate climb my legs were starting to tighten up and I was off the back of the front group going over the top.

“I found myself in a good group with 15 km to go, though, and cruised in.

“It’s not the end of the world I lost time as the bunch will more likely let me and a few of the other boys up the road to chase the KOM and sprinters jerseys.

For all the latest updates on each stage of the OVO Energy Tour of Britain, be sure to check out their news page at www.tourofbritain.co.uk/news

Cheltenham will host the finish of Stage Seven on Saturday 9 September, with the Cheltenham Festival of Cycling taking place on the same day in a celebration of cycling. Find out what’s happening at the festival at cheltenhamcyclingfestival.org.uk/the-festival/

Homegrown hero James Lowsley-Williams gives us his update on Stage One
Tagged on: 2017