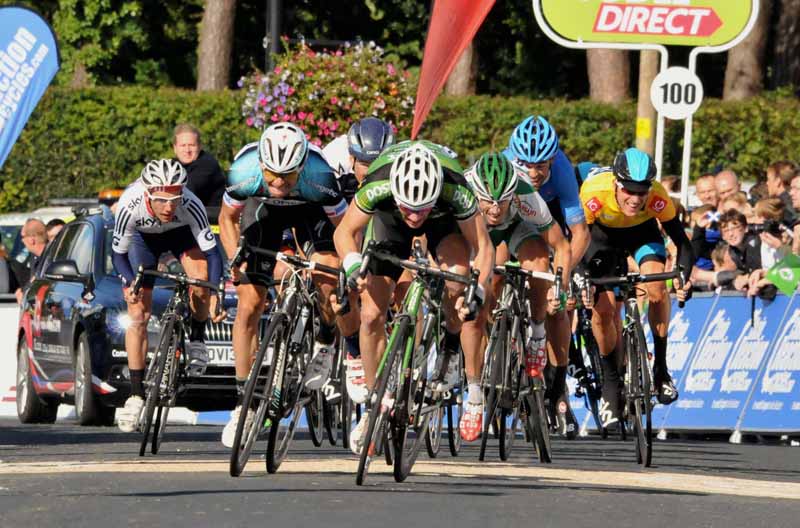 This year’s OVO Energy Tour of Britain will feature its best ever line-up of riders, that’s the verdict of Race Director Mick Bennett, and backed up statistically by leading cycling website ProCyclingStats.com

“I’m excited by the field for this year’s OVO Energy Tour of Britain and the stellar line-up of riders that we have here taking part in the Tour,” said Race Director Mick Bennett.

“I have never known such strength-in-depth from so many teams in the race, particularly Quick-Step Floors, Sky and Dimension Data to name but three.”

That strength in depth is backed up by ProCyclingStats.com who rank the 2017 Tour as having the best quality field of any edition of the OVO Energy Tour of Britain to date, with eight of their top 25 ranked riders taking part and 24-riders having won Grand Tour stages.

At 39-years and 11-days JLT Condor’s Russ Downing is the oldest rider in the race, while a trio of riders are under 20, with Great Britain rider Adam Hartley the youngest on the start list at 18-year and 349-days.

“I’m very proud that the Tour of Britain finishes in Cardiff this year,” said Partridge. “Not only does it finish just 20-minutes from my house but it takes in all my training roads in the finale, from Monmouth to Newport and all the way back into Cardiff.

“Cycling in Wales has just grown from strength to strength over the recent years, and to have a whole crew of Welsh boys at this years’ race will be great! I can’t wait to get going now, and very much looking forward to racing into Cardiff in front of the huge crowd, along with all my friends and family”

The OVO Energy Tour of Britain begins in Edinburgh on Sunday (3 September) morning at 10.30 with live coverage on ITV4 from 10.15, with Stage One finishing in Kelso in the Scottish Borders.

Best ever line-up for the OVO Energy Tour of Britain
Tagged on: 2017