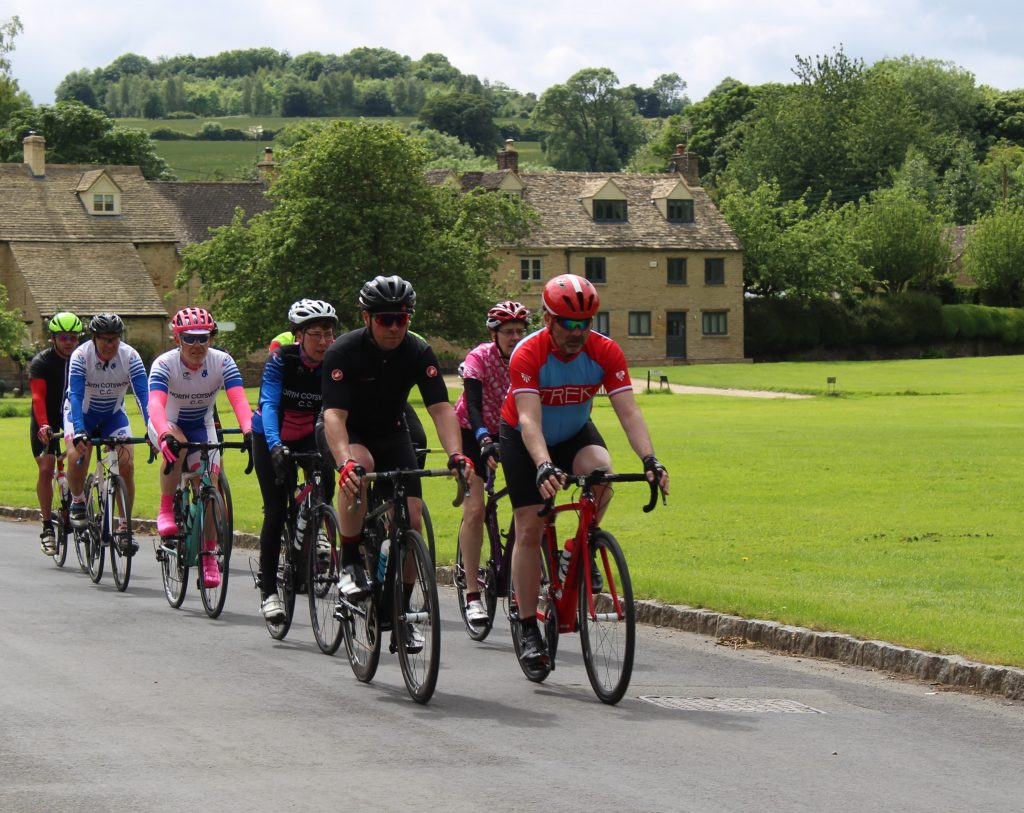 There’s only six weeks go before the OVO Energy Tour of Britain begins, and a great new video – has just been launched which provides a tantalising glimpse of the excitement building towards the Cotswolds leg of the race on Saturday 9 September.

On that day, riders taking part in Stage 7 of the Tour will enter the Cotswolds via Charlbury and Shipton-Under-Wychwood, continuing to Bourton-on-the-Water, Stow-on-the-Wold, and Moreton-in-Marsh. They will then head towards Winchcombe and Cleeve Hill before finishing along the Promenade in Cheltenham town centre.

“The creative concept behind the film was to convey how all different levels of cyclists can enjoy the sport and how beautiful the Cotswolds is to visit – it wasn’t hard to make it look picturesque! Using a fantastic local musician such as Huw Eddy and his band tied it all together and gave it a real ‘party’ atmosphere. But the real stars are the local residents who feature, and it really allowed us to meet so many fantastic characters and cycling enthusiasts. The end result conveys a real buzz of expectation as the OVO Energy Tour approaches.”

Sally Graff of Cotswolds Tourism is very pleased with the result:

“The towns and villages across the Cotswolds are amazingly photogenic and provide a magnificent backdrop for promoting the OVO Energy Tour – and also the visitor experience generally.

“I would like to thank all the local cycling clubs who participated in the making of the video, including those from North Cotswolds, Charlbury, Winchcombe and Cheltenham, as well as the professional Bike Channel Canyon team.  Viewers will see all age groups enjoying the experience of riding conventional bikes, electric models, tandems, sit down bikes, and Bainton rental bikes.”

One of the riders involved was Jim Davies of Winchcombe Cycle Club who commented:

“We were delighted to assist Cotswolds Tourism with this film with riders cycling on Cleeve Hill and in the town of Winchcombe. We will be ensuring we promote the film and are delighted to be welcoming back the professional riders to the town.”

Cheltenham is hosting the finish of Stage 7 and has been keen to ensure that the video provides a taste of the much wider celebration of cycling that is planned for that day.

Cllr Rowena Hay, cabinet member for finance at Cheltenham Borough Council, says: “Cheltenham is hosting the finish of stage seven of the OVO Energy Tour of Britain on Saturday 9 September. This magnificent Regency town will be transformed with a festival vibe as thousands of residents and visitors watch the riders cross the finish line in the town’s Imperial Square as part of the Cheltenham Festival of Cycling. Residents and visitors alike will enjoy a family zone at Pittville Park, a street market and demonstration zone outside the Municipal Offices on the Promenade and the finish line and promotional zone in Imperial Square.”

Cycle clubs and local town and parish councils along the Tour route are being encouraged to share and promote the video, which should help boost the number of locals and visitors lining the route on stage 7 – or perhaps joining in the party at the finish in Cheltenham!

For more information  www.cotswolds.com/tourofbritain or telephone 01285 623050

With its Head Office in Cheltenham and a northern office in Manchester, PinPointMedia work across the UK and Europe to produce high quality films for brands from all sectors.  Formed in a bedroom by two friends, the business has grown to become one of the largest production houses outside of London in terms of market-share, and focuses on reducing the cost of film production to make it accessible to companies of all sizes. They have recently launched a Graduate Development Programme which selects the top film students from some of the UK’s most recognised media courses to further enhance the quality of the service for clients.

About OVO Energy The Tour of Britain

OVO Energy, the UK’s top rated independent energy supplier was recently announced as the title sponsor of the Tour of Britain.

Re-launched in 2004 after a five year absence from the calendar, the OVO Energy Tour of Britain is British Cycling’s premier road cycling event giving cycling fans the opportunity to see the world’s best teams and riders competing on their doorstep.  The OVO Energy Tour of Britain is the UK’s highest ranked professional stage race and the country’s largest free-to-watch sporting event, organised annually by SweetSpot Group.

The official hashtag is now #OVOToB

Organised by Cheltenham Borough Council, on Saturday 9 September, 120 elite cyclists will be racing through Cheltenham town centre, in a bid to finish first in the penultimate stage of the Tour of Britain. Starting in Hemel Hempstead before touring much of The Cotswolds, Stage Seven of the OVO Energy Tour of Britain will culminate in a tough climb up the Skoda Cleeve Hill stretch, before skirting the Racecourse, freewheeling through Pittville Park, zipping down Albion Street, crossing the pedestrian area of the Promenade, to finish at Imperial Gardens in our historic town centre.

With a focus on getting and staying active, residents and visitors alike can enjoy an active Kid’s Zone at Pittville Park, a demonstration zone featuring a stunt bike demonstration plus a cycling supplier zone where you can test out the latest bikes, enjoy exclusive on the day discounts and much more.

New video captures the ‘buzz of expectation’ as Tour of Britain approaches!
Tagged on: 2017